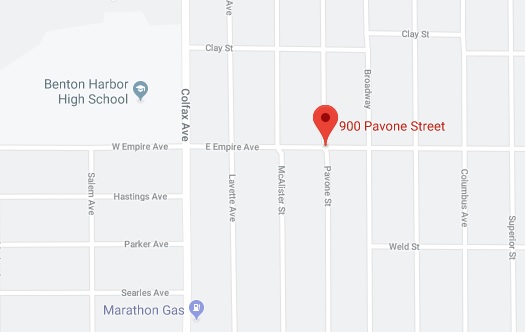 (11-24-19) On Saturday, 11/23/2019 at approximately 11:05PM, BHDPS officers, while on patrol heard gun fire in the area of Broadway Park in Benton Harbor. While responding officers were advised that a 66 year old woman was struck by gunfire in her home. Officers found that a 66 year old female that resides in the 900 Block of Pavone was lying in bed watching TV when a bullet entered the residence and struck her. The female was transported to Spectrum Health Lakeland and is currently in critical condition.

BHDPS officers located evidence in Broadway Park indicating where the shooting may have taken place and it does not appear that the victim was the intended target of the shooting.

BHDPS is seeking help in this senseless act of violence. Several individuals were observed running from the park. BHDPS is seeking their identities to determine involvement, and also reviewing the local exterior residential security cameras as well.

BHDPS was assisted by MSP MCU and the Berrien County Sheriff’s Department during the course of this investigation.