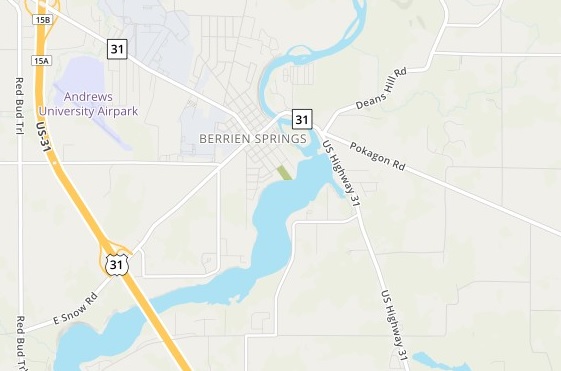 Both the officer from the Berrien Springs-Oronoko Township Police Department and the Berrien County Sheriff’s Office deputy have returned to active duty as of Monday, October 29, 2018.

This incident remains under investigation by the Michigan State Police.

The deceased subject in this incident is identified as:

(10-22-18) At approximately 1:24 am this morning, a Berrien Springs-Oronoko Township Police Officer was dispatched to an address on W. Union St. in the Village of Berrien Springs on a report of a possible Malicious Destruction of Property complaint.   While speaking with the caller, the suspect, a 51 yr. old white male, was seen in the area.  A Berrien County Sheriff’s deputy located the suspect in the parking lot of the 5/3rd Bank on Cass St. in Berrien Springs.

The suspect resisted arrest and had to be physically restrained.  The suspect was taken into custody.  Officers called for an ambulance at the scene as the suspect was experiencing medical difficulties.  The suspect was transported to Lakeland Hospital where he was declared dead at approximately 2:30 am on October 22, 2018.

The suspect’s name is withheld pending notification of next of kin.

The Berrien Springs-Oronoko Twp. officer and the Berrien County Sheriff’s deputy have been placed on paid administrative leave, as is customary, pending the investigation of this incident.  The investigation will be referred to an outside agency which is standard protocol in this type of incident.

Updates will be made available as the investigation progresses.