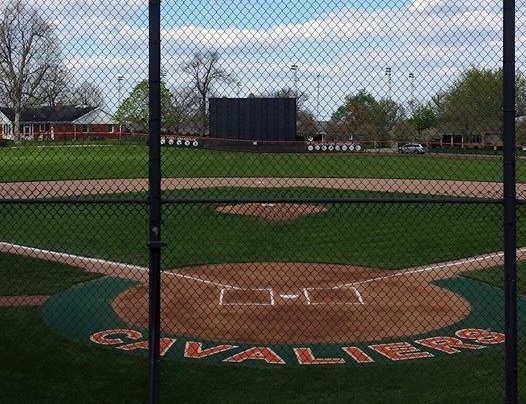 (7-17-19) The 2019 State ACME Baseball Championships will return to its roots in Mercer County.  Coldwater’s Veterans Field will host the three day tournament featuring the top 8 ACME teams in Ohio.

Unlike Sectionals and Districts, which are double-elimination, the State tournament is single elimination. 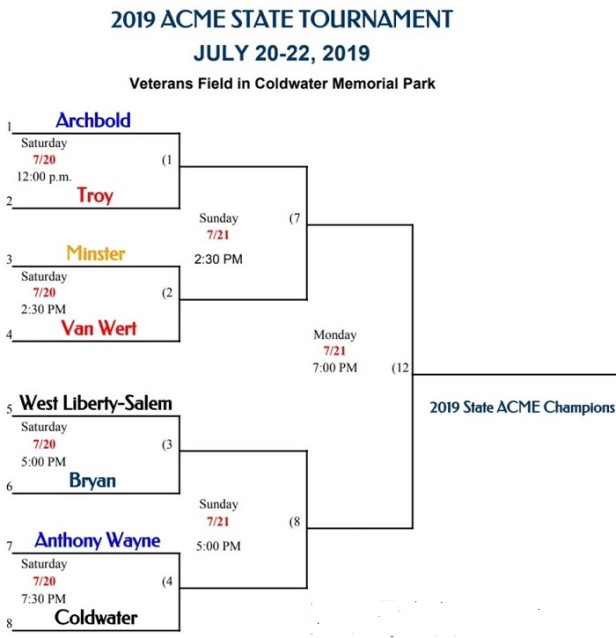 Four of the Final 8 teams competed in last year’s Championship, that includes the 2018 Champion and Runner-up, Bryan and Archbold. These four teams have won 15 titles combined. The four have also won the last four titles (Van Wert, Archbold (2) and Bryan).

The other four members of the Final 8 have won just one ACME title between them, Anthony Wayne picked up that championship in 2010. 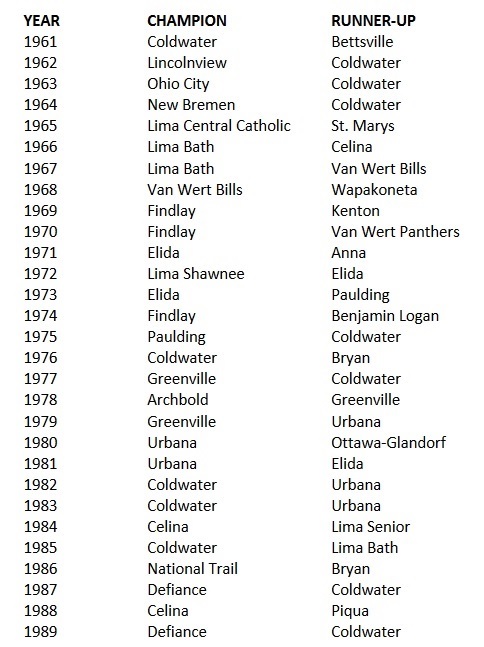 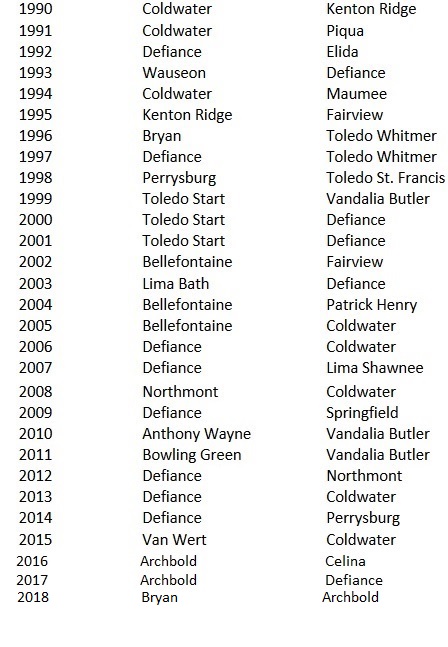 Keep updated on this year’s – 2019 ACME State Championship, including Sectional and District scores.