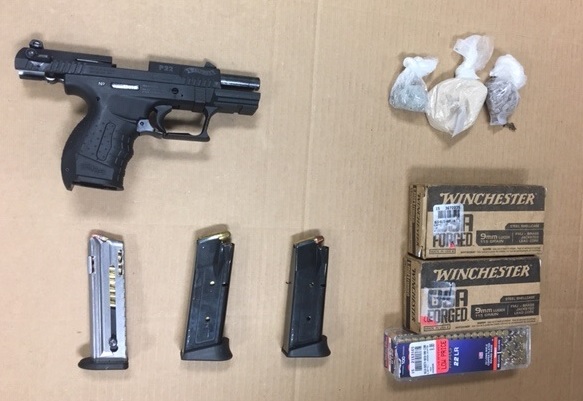 (7-24-19) On Tuesday, 7-23-2019, members of the Southwest Enforcement Team and Berrien County Sheriff’ Office executed a search warrant at 1027 Superior St. in Benton Harbor, MI.  This is part of a lengthy investigation into heroin trafficking in Southwest Michigan.

Detectives seized a large amount of heroin and a stolen pistol.  The pistol was reported stolen on 06/24/2019 from a residence in St. Joseph Township, Berrien County.

Mayquon Shalaw Morrison (25) of Benton Harbor was arrested in connection with the search warrant and stolen pistol.

Mayquon Morrison was lodged in Berrien County Jail on the following charges: