(7-31-20) On Thursday July 30, 2020 at approximately 8:57 PM first responders were called to the Warren Dunes State Park for a water rescue involving a 13 year old Otsego, Michigan female that was missing and last seen in the water. First Responders and the U.S. Coast Guard conducted a search for the victim but were unable to locate the female in the water. The search was suspended after dark and resumed this morning. 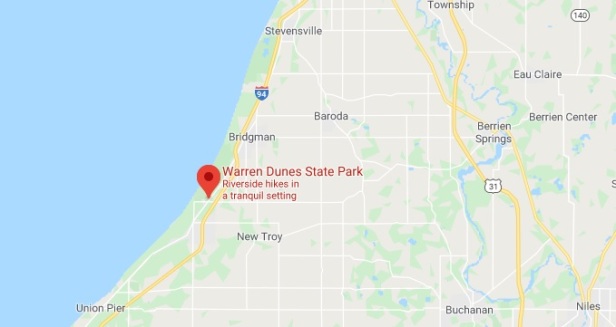 On Friday July 31, 2020, the Berrien County Sheriff’s Office Marine Unit and Dive
Team along with the Lake Township Fire Department and Great Lakes Drone
Company resumed the search for the 13 year old female.

At approximately 12:36 PM Chikaming Township Police Department received information of a body that had washed up on the shoreline near Pier Street beach in Lakeside Michigan.Responding Officers were able to confirm this was the missing 13 year old female from Warrant Dunes State Park. Chikaming Township Fired Department was able to recover the body with the assistance of the Lake Township Fire Department and the Berrien County Sheriff’s Office Marine Unit and Dive Team.